Mushroom Coffee: Is it Better Than Regular Coffee? 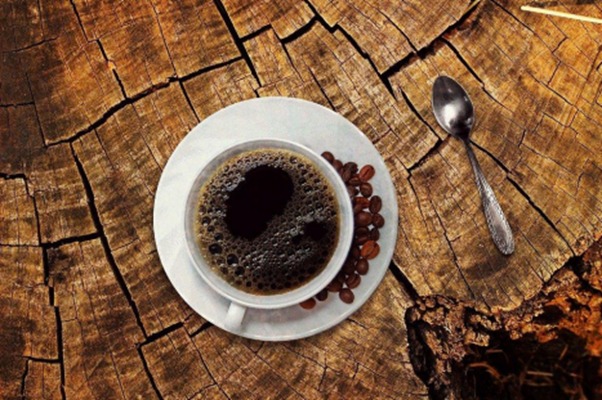 Coffee has earned quite a status in the recent past, but not always in a positive way. With a spike in  searches for ‘healthy coffee,’ people are actively looking for better alternatives to this energizing  beverage with its fair share of side effects. The key question is, is there any solution to your coffee  woes?

Well, move over Bulletproof coffee and Golden Milk, for there is a new kid on the block that Whole  Foods had already declared the trendiest superfood in 2018. Mushroom Coffee is the latest health fad  that amalgamates the taste and caffeine-boost of coffee with the health benefits of mushroom extracts  to make a crazy morning shot.

But does this unconventional java live up to its hype?

What Is Mushroom Coffee?

Popular among health food aficionados, Mushroom Coffee, as wacky as it sounds, is really a thing.  Mushroom Coffee is essentially made from regular black coffee with powdered medicinal mushrooms.

While some people may find it hard to come to grips with the whole idea of Mushroom Coffee, health  fanatics are incorporating this beverage in their daily routine, which is perfectly in keeping with a  conscientious, healthy, and plant-based diet.

Everyone has an idea of what mushrooms look and taste like. With this preconceived notion, it can be a  tad hard to think of Mushroom Coffee as a drinkable and tasty beverage.

While mushrooms have a distinct flavor, Mushroom Coffee is actually much, much mellower, tasting  nothing like the mushrooms you’d eat on your dinner plate. It tastes just like regular coffee, albeit  without the jittery after-effects. Mushroom Coffee drinkers describe it as having a raw, earthy, and  nutty flavor. Mmm.

While that description is good enough for us to replace our daily Cup of Joe with Mushroom Coffee gladly, we’d still need a little more convincing on whether it is, in fact, healthier than regular coffee.  Let’s find out, shall we?

Mushroom extracts are a great source of nutrients like vitamins and minerals. Of course, the exact  benefits vary, depending on the type of mushroom. While Mushroom Coffee has only recently risen to  prominence, fungi were used in ancient Chinese medicine due to their healing properties, where they  were touted as ‘medicinal mushrooms.’ Mushrooms like Reishi, Cordyceps, and Chaga, once used to  treat various problems in folk medicine, are now becoming all the rage as coffee blends.

But how is this blend, aka Mushroom Coffee, Better than Regular Coffee? Simply put, having a cup of Mushroom Coffee may help to cushion the body against the downsides of  regular coffee, namely indigestion, anxiety and sleep problems.

Interestingly, coffee and mushrooms somewhat have the same benefits, as they are both linked to  enhanced focus and balance, and both are a rich source of antioxidants that may bolster the immune  system.

As a result, they are both a match made in heaven, coming together as a (surprisingly) delicious and  smooth drink that will energize you without the alleged downsides of regular coffee consumption. So  now, you can easily enjoy your morning cup of Mushroom Coffee without feeling jittery or bloated!

Here’s how Mushroom Coffee helps to buffer the potential pitfalls of traditional coffee.

Around 85% of Americans have some sort of caffeine intake daily. At the same time, 31% of Americans  experience anxiety disorder sometime in their life. Do caffeine and anxiety have any relation at all?  Unfortunately, yes!

While there are significant mental benefits of caffeine, over intake (more than 400 mg of caffeine per  day for an average person) can cause caffeine-induced anxiety that may manifest in the form of elevated  heartbeat and restlessness.

While a normal cup of coffee contains around 94.8 mg of caffeine content, a cup of Mushroom Coffee  has only 40 mg of caffeine (HYPERLINK TO ONE OF ARCTIC CHAGA COFFEES THAT SHOWS THE CAFFEINE  CONTENT), which is almost half the amount!

With significantly lower caffeine content, you can experience the same energy boost with Mushroom  Coffee without the sleep disturbances and restlessness that may result from regular coffee.

Coffee may be one of the causes behind indigestion and heartburn, especially if you like to have a  brewed cup before going to bed.

Mushrooms are believed to be a rich source of prebiotics as they contain polysaccharides and beta  glucans that may aid digestion. Mushrooms work synergistically, so combining them with other blends  can amplify their benefits.

Even if they don’t actively cause digestion, a cup of Mushroom Coffee won’t at least add to the problem  like regular coffee does, proving to be a significantly better choice of drink for people who experience  acid-reflux as a result of caffeine intake.

There is a lot of debate surrounding the medicinal benefits of Mushroom Coffee, with a few studies  actually purporting their concrete health benefits. However, the safest conclusion we can reach is that  even with many unproven claims, Mushroom Coffee is a healthier option than regular coffee because it  has a lower caffeine content and contains the nutrients found in a variety of mushrooms.

The most popular Mushroom Coffee blends that have hit the market include Reishi Coffee, Lions Mane  Coffee, Chaga Coffee and Cordyceps Coffee. These interesting concoctions are made from a different  mushroom extract, each of which had its own set of health benefits in ancient Chinese medicine.

While these claims are yet to be fully supported, new age proponents do swear by the fact that each  Mushroom Coffee blend is extremely smooth, with a delicious aroma and flavor, heralding them a must try!

Should I Give Mushroom Coffee a Try?

Unless you are allergic to mushrooms, we suggest you jump on the Mushroom Coffee bandwagon if you  have an undying love (and need) for coffee!

Try out Arctic Chaga’s delicious Mushroom Coffee blends, which are a combination of organic, freeze dried Arabica Coffee and 100%organic mushroom extracts to deliver a stimulating drink that is packed with flavor, a smooth texture and the natural goodness of the Alaskan Taiga. 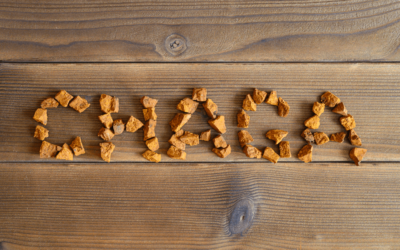 What Goes Into Harvesting the Highest Quality Chaga Mushrooms?

During the long winter months, Alaska's interior becomes one of the most hostile environments on Earth. The boreal forests above the 65th parallel are a landscape of frigid winds and icy solitude, where the sun peeks above the horizon for as few as three-and-a-half...

END_OF_DOCUMENT_TOKEN_TO_BE_REPLACED 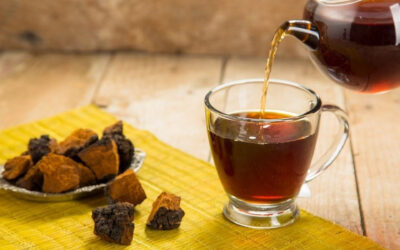 Why do our customers choose Arctic Chaga and not another brand? Their support is earned by our passion for providing chaga mushroom products that stand out for quality, including the best ingredients, harvesting, and manufacturing processes. Here's how we stand above...